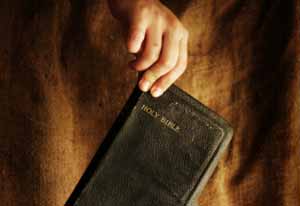 “For You have magnified Your word above Your name.” another version reads “You have exalted Your name and Your promise above everything else.”  Psalm 138:2b

In either version, the word of the Lord is shown to be highly exalted. So exalted is the word of God, that it actually holds together and guides the whole of the universe. Jesus, the Bible says, “Upholds all things by the word of His power.”

There is no way around it. You can agree with it, disagree with it, or attempt to ignore it, but it is still there. God’s word is truth, and in the end, it will prevail. It is the basis upon which all things consist, and the standard by which all things are judged. How we approach this word defines everything about us, not it.

Even Satan responds to God through His word. The only way he can hinder God is by using God’s own righteous decrees to hurt His own beloved people. Similar to the way King Darius’ decree was misused, in order to accuse Daniel and have him thrown into the lion’s den (Daniel 6:5-15). That is why Satan is called the ‘accuser of the brethren.’ He uses the word not to save and to heal but to kill, steal, and destroy. He tempts people to disobey God’s commands, and then if they do, he presents it to God and demands justice.

However, God’s heart desires to respond with mercy and grace. After all, that was the purpose for the death, burial, and resurrection of Christ. Jesus paid the price so that we would not have to. He took our past so that we could share in His future. It is through our accepting His work that God is able to forgive us and pour out His grace upon us.

The Christian believer obeys the word of God and stands on it in faith. For him it is a tool for good. It gives him boldness to approach the throne of grace, to find mercy and grace in time of need.

The unbeliever ignores the word of God. Just like Satan, he sees himself as a god, and would never acknowledge its true value and submit to it. Both would rather live a life of agony and suffer in Hell for eternity.

Both Satan and the believer know that the word of God is true. The believer obeys it in order to glorify God and Satan uses it to hinder God. They are like opposing sides in a courtroom drama, each arguing their case from the same legal document. We see glimpses of this in the first chapter of Job, in the devil’s temptation of Christ, and in Luke 22:31-32.

Embrace the word of God. Put it into your heart. Let it fill your mouth. It will change your life and future. It was meant for good and it rules the universe.