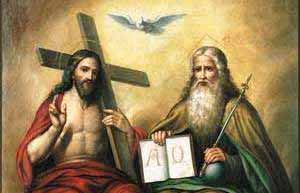 What determines one’s blessing, having faith or it being the will of God? What if it were both? What if having faith was the evidence of the will of God – God’s approval on the promise? If that were the case, then all you would need, and all that God would look for, is faith. I believe that is exactly the case.

So then faith comes by hearing, and hearing by the (spoken) word of God. Romans 10:17

If you abide in Me, and My words abide in you, ask whatever you wish, and it will be done for you. John 15:7

The promises of God are the will of God, and they all are yes and amen in God’s heart and plan, but the plan of God and the will of God must be believed to become a reality. The prayer of faith brings God’s Heavenly reality into this world. That is its intent and purpose.

Jesus never mentions the will of God as the reason for receiving a miracle. He states over and over that it was their faith that made them whole. The woman with the issue of blood even determined within her own heart the how and when of her own miracle. How bold! How trusting! How pleasing to God!

And without faith it is impossible to please God, because anyone who comes to him must believe that he exists and that he rewards those who earnestly seek him. Hebrews 11:6

So here is the point. All the promises are the will of God, but they are received by faith. Just because it’s the will of God is not enough. It must also be believed and received. It takes faith and prayer to set in motion – “Thy will be done on earth as it is (already) in Heaven”. God gives to all but only those who believe receive. God’s love works through the way of faith.

God loved the world this way: He gave his only Son so that everyone who believes in Him will not die but will have eternal life. John 3:16 God’s Word Translation

Faith releases the will of God. That very statement offends people. They say, “God is sovereign and surely He does not need to be released”! He does, if that is the way He chose to set it up, and it is. His good will is released the moment someone trusts Him for it. And that ability to trust is received the moment the conditions of the promise are met. What a beautiful foolproof system God has created.