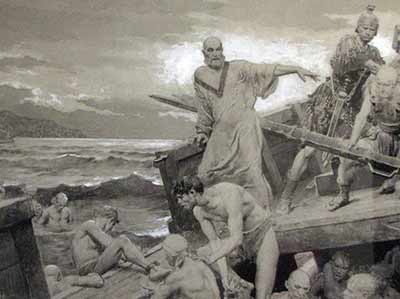 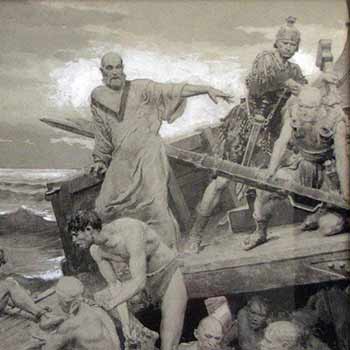 And being fully persuaded that, what he had promised, he was able also to perform. Rom 4:21

I have heard many a Bible teacher speak the many years that went by before God finally produced baby Isaac in Sarah’s womb, struggling to give us the significance of the number 25 [the number of years it took from the promise to the fulfillment of that promise]. Then further trying to tell the hearers to hold on because 25 years to get a fulfill a promise seems like a lifetime away.

The issue is not the 25 years it took for God to ‘give life to the dead’ but the amount of time it took for Abraham to become fully persuaded. Ishmael is not the product of someone that is fully persuaded but rather someone who took the situation into his own hands by leaning on his own understanding.

Another thought to drop in here. Abraham and one of his servant women, Hagar, produced Ishmael. This means that Abraham’s body who was ‘as good as dead’ when the promise came, was regenerated long before Sarah’s barren and dead womb. Having a baby was dependent on both of them co-operating with the promise of God.

Between the two laughs she too had to become fully persuaded that ‘what God had promised He was also able to perform.’ 25 years was the process of becoming fully persuaded for both of them. You don’t have to take that long.

When trusting God and exercising your faith for something you need to forget the time frame of things manifesting and whether you are truly persuaded. When people tell me that the message of faith is rubbish and doesn’t work it’s because they tried to operate in faith themselves and failed miserably. Rather than making themselves the problem they make God or the preacher the problem. They tell me that they really, really, really did believe God but on investigation it’s no more than what John Wesley called ‘mental assent’.

Usually when people say that they are fully persuaded about the character of God, His word, His promises and His willingness to act on their behalf I discover that they can be moved emotionally if I can paint an emotional enough story with some fake pseudo-spiritual logic thrown in. This is not fully persuaded and until you are it will hold off that promise from manifesting.

God is not the problem. He has already done it. It is our faith that pulls what we have asked for into the realm of the natural. The remedy for doubt and unbelief is found in Rom 10:17:

Now faith comes by hearing and hearing by the Word of God. Romans 10:17

Jesus said that it is our father’s good pleasure to give us the Kingdom.

Therefore, keep up your courage, men, for I believe God that it will turn out exactly as I have been told.
Acts  27:25