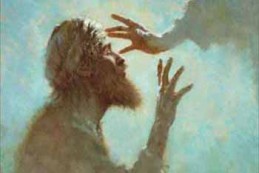 The following is a note from The Dake Annotated Reference Bible:

The only time such a prayer should be prayed is when we make plans to go to such and such a city, to buy and sell to get gain, or to do this or that, that is not definitely promised in any part of the Word of God (James 4:13-17).  In such matters, it is proper to get the will of God before acting and never act until God’s will is made clear.  Never go to God as if you are afraid, and as if you expected Him to upbraid you. He does not do this (James 1:4-8).

Learn from the Bible and in prayer what the will of God is about those personal plans in life that are not mentioned in particular in any Scripture, and then do the will of God.  Do not pray to change God or to get Him to agree with your plans, but pray until you are changed and willing to conform to God’s plan for you.  In other words, learn what God has promised in His Word and never pray, “If it be thy will” concerning these facts.  Pray to know the will of God concerning all other matters and all prayers can be prayed in faith and confidence as to the answer.