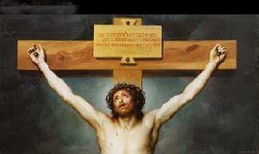 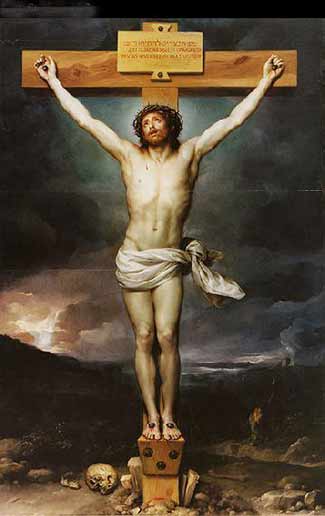 By E.W. Kenyon – Used by Permission

The Resurrection of the Lord Jesus is the proof of Satan’s defeat, of man’s Redemption, and of God’s legal right to make the believer a New Creation.

Ephesians 1:7 stands out with peculiar suggestiveness and comfort. “In whom we have our redemption through his blood, the remission of our trespasses, according to the riches of his grace.” We have our Redemption. It is not something we have to pray or ask for. The moment we are Born Again, that moment Redemption is ours.

Satan’s dominion over us ends. Our life of servitude and fear has come to an end. That Redemption is according to the riches of His grace. We are free.

So few of the Father’s children have seen this mighty truth; that our victory was in the victory of Christ. When Jesus broke the bars of death, having conquered death, Satan, and sin, it was our victory.

But perhaps the greatest message of our perfect victory over the adversary is found in Ephesians 1:19-22: “And what the exceeding greatness of his ability to us-ward who believe, according to that working of the strength of his might which he wrought in Christ, when he raised him from the dead, and made him to sit at his right hand in the heavenlies far above all rule, and authority, and power, and dominion, and every name that is named, not only in this age, but also in that which is to come: and he put all things in subjection under his feet, and gave him to be head over all things to the church, which is his body, the fullness of him that fills all in all.”

The same ability that wrought in the dead body of Jesus to reanimate it and fill it with Immortality is today in the believer. We are today more than conquerors because of the life of God that was imparted to us in our New Creation.

It is the ability of God unveiled in that Resurrection that so shook the foundations of Hell, so that today, when the believers know that they were raised together with Christ, they know they are victors in every field and over every circumstance, and they may go on from triumph to triumph.

God has lifted the believer above all rule and authority and power and dominion, not only in this age, but in that which is to come. He put all things in subjection under the believer’s feet. He gave Christ who is the head of the body to be master over all the forces of the universe.

Jesus gave to the believer a legal right to the use of His Name. He actually gave him the power of attorney so that in the Name of Jesus every demon and every power should obey that Name, in the lips of the believer.

There isn’t anything too hard for God. God’s ability is the ability that He gives to us, so His Resurrection is the proof of our right to reign over Satan and demons. He was raised because He had conquered Satan in our stead, so that we should no longer live in fear of the unseen forces of darkness.

In Matthew 28:6 the angel said to the women who had come to finish the embalming of Jesus that Lord’s Day morning: “Ye seek Jesus who was crucified, He is not here. He is risen. Come, see the place where the Lord lay.” He died a Lamb. He arose the Lord High Priest of the New Creation.

You remember from John 20 that Mary saw Him. When she discovered who He was, she fell at His feet. He said, “Touch me not; for I am not yet ascended unto the Father: but go unto my brethren, and say to them, I ascend unto my Father and your Father, and my God and your God.” What did He mean?

He meant what we read in Hebrews 9:11-12: “But Christ having come a high priest of the good things to come, through the greater and more perfect tabernacle not made with hands, that is to say, not of this creation, nor yet with the blood of goats and calves, but with his own blood entered in once for all into the holy place, having obtained eternal redemption.”

As the High Priest, He took His own blood and carried it up to the Heavenly Holy of Holies and there presented it to God. It was accepted, and that red seal is upon the document of our Redemption. The blood of Jesus Christ, God’s Son, is the eternal witness of His finished work for us, of our legal right to Eternal Life, and sonship with all its privileges. On the basis of that blood, we are more than conquerors.

Satan has no dominion over us. His dominion is utterly broken. The tokens of that victory are continually before the Father.

Hebrews 7:22, “By so much also hath Jesus become the surety of a better covenant.” If you are in grave danger, or Satan is pressing hard upon you, you call the Father’s attention to your rights that are guaranteed on the ground of that blood. Revelation 12:11, “And they overcame him because of the blood of the Lamb, and because of the word of their testimony.”

You have a legal right to the Name of Jesus that casts out demons and breaks Satan’s power. John 16:23, “If ye shall ask anything of the Father, he will give it you in my name.” All things are possible to you, because you are in the family. You have the perfect protection that the blood guarantees.

The climax of Redemption was the seating of the Lord Jesus. After He had been made sin, after He had paid the penalty of our relationship with Satan, after He had suffered all that Justice demanded of us, then Christ, with us, arose from the dead. We were raised with Him.

He declared we were seated together with Christ. Ephesians 2:6, “And raised us up with him, and made us to sit with him in the heavenly places, in Christ Jesus.” This was the highest honor that God had ever conferred upon man.

The Son became a man, identified Himself with the human race, delivered the human race from the authority of Satan, and carried His blood into the Holy of Holies to make the Eternal Redemption. Then He sat down at the right hand of the Majesty on High.

We have a man seated at God’s right hand. He is our representative. He is there to represent us. This is the crowning event in Redemption, a man seated at God’s right hand, and that man is the head of the new body, the Church. Is it any wonder he shouts, “Blessed be the God and Father of our Lord Jesus Christ, who hath blessed us with every spiritual blessing in the heavenly places in Christ” (Ephesians 1:3).

Not only are we seated in the highest position in the universe, but we are also blessed with every spiritual blessing that is necessary to maintain our place as members of His glorious body. In the mind of God, everyone of us is in Christ now. He sees us in Him.

When we go to the throne of Grace in prayer, it is as though Jesus were going there, for we go in His Name.

Colossians 3:3, “For ye died, and your life is hid with Christ in God.” We are hidden from the adversary, but we are visible to the Father.

Hebrews 9:24, “For Christ entered not into a holy place made with hands, like in pattern to the true but into heaven itself, now to appear before the face of God for us.” He is there at the right hand of the Father as our representative, as our Lord, as our Lover who gave Himself for us.

We can see that our redemption is a completed, finished thing. If Christ sat down at God’s right hand, it is because the Father accepted Him and accepted what He did for us. The fact that He is seated there is the seal of our acceptance in the Beloved.