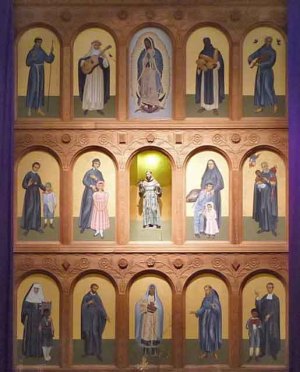 It seems to me people ought to have a little sense. In other words, I do not understand how some people can go around spouting off things, endeavoring to believe and calling it faith when it is merely presumption and folly.

To have a foundation for your faith, be certain that the promises of God cover what you’re believing for. You have a right to believe for anything God’s Word promises you. But if you get out beyond that, you are out in presumption or foolishness. For instance, sometimes single people, because “you can have what you say,” will pick out someone and claim him or her as a mate.

Single people have a right-because there is scripture for it-to claim a wife or husband. But they do not necessarily have the right just to pick out a particular person and say, “I’m going to claim So-and-so.” That other person has a say in the situation! Singles have the right to believe God for a wife or husband, but they should let the Lord send them one.

A young graduate from a denominational seminary was in some of our meetings in Texas. He had been filled with the Holy Spirit and had been kicked out of his denomination. He took my wife and me out for lunch one day where he announced, “I’m getting married.” “Oh,” my wife said, “who is the lucky girl?” He proceeded to tell us about a woman who sang in the choir at the church he attended. He did not even know her name. He had never met her. He just liked the looks of her sitting up there in the choir.

He said, “I claimed her. Brother Hagin preaches you can have what you say. I’ve already said it.”

My wife asked, “And you never even have had a date with her?”

“No. I never have shaken her hand or even seen her up close.”

Well, when he got up close, she might not have looked as good as she did from a distance! Kidding aside, the woman has a say in the matter! He cannot override her will. He has a right to claim a wife. The Bible says, “Whoso findeth a wife findeth a good thing, and obtaineth favour of the Lord” (Prov. 18:22). He has a right to claim a wife-but he should let God bring him the one He wants for him.

I started preaching when I was 17. It seemed as if someone was always trying to make a match for me. One girl came and told me that God showed her she was supposed to marry me. “Well,” I said, “when He tells me, I will accept it.” God never did tell me. Such things would be funny if they weren’t so pathetic. Lives have been ruined over things like this. Be sure the Scriptures cover what you are believing for. Don’t get out beyond God’s Word.

Through the years, many people have asked me to pray with them, saying, “Brother Hagin, I want you pray with me about such-and-such.” I purposely ask them, “What scriptures are you standing on?” Eight out of ten times-and I kept a record of it for years-they looked at me with a blank expression and said, “Well, none in particular.” I told them, “That’s what you’ll get then-nothing in particular. You have no foundation for faith. Faith is based on what God said. Faith in God is faith in God’s Word.”

So find scriptures that cover your case. Find scriptures that promise you the things you are praying for. Then you have a solid foundation for faith. If something arises-even though I know the scriptures which apply and can quote many of them from memory-I don’t pray about the matter immediately. I go to the Word. I read again the same scriptures I could quote. I go over them again and again sometimes for a day or two. (If an emergency arises, that is a different thing. In doing that, I am building the Word of God into my spirit. That way, when I get ready to act in faith, there is no doubt. I am solid.

I do not want to attract attention to myself-I tell this to glorify God and His Word-but not one single time in more than 50 years have I had a prayer go unanswered. (Now you understand I am talking about things concerning myself individually. When you are praying about someone else, that person’s will enters in.) As far as for me individually, I never prayed about anything without receiving the answer.

Sometimes it would take a little time. I just stayed in the Word every moment I could. I would meditate for hours on the scriptures that covered what I was believing for. Then I believed only what the Word said. I had a sure foundation for faith.

Sometimes I had to make adjustments before the answer could manifest. I made them in a hurry. For instance, in 1949, I left the last church I pastored and went out into a field ministry at the Lord’s direction. At the end of my first year of traveling, I spent three days fasting and praying. I reminded the Lord of something He said in the Old Testament: “If ye be willing and obedient, ye shall eat the good of the land” (Isa. 1:19).

(That Scripture belongs to us, too. We can prove from the New Testament that we are heir to it. It means that you will prosper and have a good life. It does not mean you will never have any tests-because the devil will put pressure on you.)

I told the Lord, “Lord, my children are not even eating right. I’ve worn out my car; now I’m out here on the field on foot. I’m sure not eating the good of the land-yet You promised that I would. Something is wrong somewhere.” (I knew the trouble was with me. The problem is never with God.) The third day of my fast, just as plainly as somebody speaking, the Lord said, “That text you keep quoting to Me says, ‘If you be willing and obedient.’ You were obedient, but you weren’t willing. You don’t qualify. That’s the reason it’s not working for you.” I kept trying to magnify the obedience part-He got on the willing part! Just as a child can obey his parents and not be willing, so you can actually obey the Lord and not be willing and therefore still miss it. I got willing in 10 seconds! Don’t tell me it takes a long time to get willing. It didn’t take me 10 seconds to make a little adjustment right down on the inside.

Then I said, “Lord, I’m ready now. You already told me I was obedient. Now I’m willing. I know it. You know it. And the devil knows it. So I’m ready now to start eating the good of the land.”

He told me, and I’ve been “eating the good” ever since!

The psalmist of old said, “The entrance of thy words giveth light . . .” (Ps. 119:130). The entrance of God’s Word gives light. When there is light in a room, it is no problem at all to walk around. As long as the light is there, you can walk fine. But with all the lights out on a dark night, you may stumble and fall over objects in that room. The entrance of God’s Word gives light. The reason many fall and fail is because they have left the light of the Word of God. They are walking in presumption or folly.

What does God’s Word say? Too many answer, “Well, I don’t know.”

Find out what it says. Find the scriptures that promise you the things you are praying for. You’re always on safe ground when you’re standing on the Scriptures. When you get away from God’s Word, you are in a gray area. Some people want to step over into the dark, and whether or not the Word of God promises it, they say, “I’m just going to believe.” Believing God is believing His Word. Oh, how necessary it is to know the Word of God. Thank God, He has given us His Word. We need not be in the dark. The entrance of God’s Word gives light.