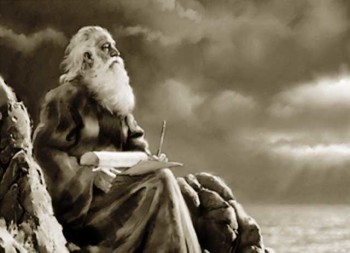 Where does our inspiration come from? Where do godly ideas come from? They come from the same place all godly things come from – God. “Then God put the Idea into my head that I should gather the nobles….” Nehemiah 7:5 God’s Word Version

God forms the mountains and creates the wind. He reveals his thoughts to humans. He makes dawn and dusk appear. He walks on the high places of the earth. His name is the Lord God of Armies. Amos 4:13 God’s Word Version

“When the day of worship came, he (Jesus) began to teach in the synagogue. He amazed many who heard him. They asked, “Where did this man get these ideas? Who gave him this kind of wisdom, and the ability to do such great miracles?” Mark 6:2 God’s Word Version

When we think on Him, His thoughts become our thoughts. Get quiet before Him, meditate on the Word, and let your thoughts flow naturally. God can speak to our imagination. And when the ideas come, immediately write them down. If you don’t they will disappear as fast as they appeared.

Contrary to what the world teaches, many of our greatest scientists, artists, and writers where devout Christians, and they received their inspiration from God, by way of the Holy Spirit.

…but just as it is written, “THINGS WHICH EYE HAS NOT SEEN AND EAR HAS NOT HEARD, AND which HAVE NOT ENTERED THE HEART OF MAN, ALL THAT GOD HAS PREPARED FOR THOSE WHO LOVE HIM.” (10) For to us God revealed them through the Spirit; for the Spirit searches all things, even the depths of God. (11) For who among men knows the thoughts of a man except the spirit of the man which is in him? Even so the thoughts of God no one knows except the Spirit of God. (12) Now we have received, not the spirit of the world, but the Spirit who is from God, so that we may know the things freely given to us by God, (13) which things we also speak, not in words taught by human wisdom, but in those taught by the Spirit, combining spiritual thoughts with spiritual words. (14) But a natural (merely intellectual) man does not accept the things of the Spirit of God, for they are foolishness to him; and he cannot understand them, because they are spiritually appraised. (15)But he who is spiritual appraises all things, yet he himself is appraised by no one. (16)For WHO HAS KNOWN THE MIND OF THE LORD, THAT HE WILL INSTRUCT HIM? But we have the mind of Christ.

My writings come from an initial idea, to which I must add my own effort to get it out properly. Only once have I ever receive something in its entirety. I had to write a short summary of the Gospel message for our Church’s web site. I got up early one morning to spend time with God and to work on it. Immediately I knew I was to quickly get a tablet and pen. He gave me the whole message word-for-word. I wrote feverishly.  The only change made from that initial session was to add one comma. I knew it was God. On my own I just can’t write like that. Here it is, ‘The Deal‘.