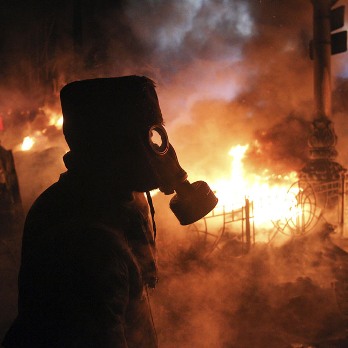 The degree to which God and His Word are pulled out of society is the degree to which evil is released unrestrained into society. The work and mission of the Church is to restrain the mystery of lawlessness until the appointed time (II Thessalonians 2:7). This is done through faith in the Word of God and the leading and power of the Holy Spirit.

I believe that appointed time is fast approaching. Even now, there are people who are open and conducive to the deluding influence of evil. They are open to it because because they have refused to receive the love of the truth. They refuse the truth not knowing that by doing so they are embracing evil. And the central desire of evil is to kill, steal, and destroy beauty and innocence.

They seem alive on the outside, even vibrant and attractive, but on the inside they are dead, cold, and evil. They are all around us, attractive cuddly packages of true evil. They truly are the walking dead, except that people don’t run from them, they flock to them, to their own destruction.

And the central desire of evil is to kill, steal, and destroy beauty and innocence.

The only answer is God. He will keep us and protect us, and even if we do succumb to an early death, the joys of heaven will be our eternal overwhelming reward. If we hold on to Him in solid faith we will not fear now and we will be rewarded later.

Evil will reveal itself in young and old alike, but there will be victory for those that keep up their hold on faith and God:

You must understand this: In the last days there will be violent periods of time. People will be selfish and love money. They will brag, be arrogant, and use abusive language. They will curse their parents, show no gratitude, have no respect for what is holy, and lack normal affection for their families. They will refuse to make peace with anyone. They will be slanderous, lack self-control, be brutal, and have no love for what is good. They will be traitors. They will be reckless and conceited. They will love pleasure rather than God. They will appear to have a godly life, but they will not let its power change them. Stay away from such people.

Some of these men go into homes and mislead weak-minded women who are burdened with sins and led by all kinds of desires. These women are always studying but are never able to recognize the truth.

As Jannes and Jambres opposed Moses, so these men oppose the truth. Their minds are corrupt, and the faith they teach is counterfeit. Certainly, they won’t get very far. Like the stupidity of Jannes and Jambres, their stupidity will be plain to everyone. II Timothy 3:1-9 GOD’S WORD Translation

Attractive cuddly packages of true evil. They truly are the walking dead.

As the world gets darker and as more and more people call evil good and good evil, we must endeavor to walk in the light as He is in the light. We must walk that demanding but restful walk of faith. A faith walk that does not look to or draw from the power and lust of the world. The walk of obedience. The divide between darkness and light will surely grow. Make sure you are on the correct side.