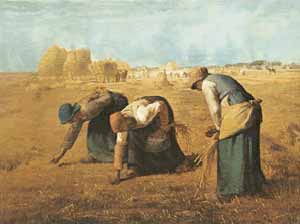 The Parable of the Sower in Mark’s Gospel says more about the condition of the soils than it does about the potential of the seed or the ability of the sower. The Sower is well able and the Word of God is perfect.

Being born again, not of corruptible seed, but of incorruptible, by the word of God, which liveth and abideth for ever. I Peter 1:23 KJV

The assumption within the parable is that the seed is the same for all soils. Climate, water, and farming methods are not mentioned. Everything revolves around the condition of the soils, and how they react to God’s sowing. Each soil receives the seed in a certain way, and the condition of each soil impacts the seed in a certain way. The Word being likened to a seed is received by the heart as a seed is received by the soil. The soils are as follows:

“These are the ones who are beside the road where the word is sown; and when they hear, immediately Satan comes and takes away the word which has been sown in them. Mark 4:15

This soil is too hard for the seed to penetrate. It’s been packed hard by the foot traffic of the world. The seed lies unprotected on the ground and it is immediately stolen by birds.

The Greek word for ‘hearing,’ translated ‘when they hear’ (NASB) is in the present tense. Mark used the word ‘immediately.’ As fast as the individual is hearing the Word, Satan is stealing it. It is literally going in one ear and out the other.

This heart has no comprehension of God’s Glory, and the importance of His will to them is a foreign concept.

“In a similar way these are the ones on whom seed was sown on the rocky places, who, when they hear the word, immediately receive it with joy; and they have no firm root in themselves, but are only temporary; then, when affliction or persecution arises because of the word, immediately they fall away. Mark 4:16, 17

This soil is full of rocks and is extremely shallow. It does not have enough soil to allow the seed to take proper root. When stress comes, the roots fail and the seed dies.

The Greek word for ‘hearing,’ translated ‘when they hear’ (NASB) is in the present tense. The word is allowed into the heart quickly and gladly, but is uprooted very soon thereafter when offenses and hindrances come.

This heart is uninterested and shallow. It do not care sufficiently to stay in God’s will and hold on to his word.

“And others are the ones on whom seed was sown among the thorns; these are the ones who have heard the word, but the worries of the world, and the deceitfulness of riches, and the desires for other things enter in and choke the word, and it becomes unfruitful. Mark 4:18, 19

This soil has previous seeds still left in it. The other plants grow up with alongside God’s seed and crowd it out. It may achieve full growth, but it is of no use, it has become unfruitful.

The Greek word for ‘hearing,’ translated ‘have heard’ (NASB) is in the past tense. The word is allowed into the heart and it grows, but other things are allowed to grow with it. Eventually, these other plants take the focus off God’s Word and it loses its fruit bearing ability. Each day it becomes more and more of the past.

This heart is not as hard as the first soil, and not as shallow as the second soil. This one has a depth and a desire for God, but it also has desires for the things of this world. These desires are strong enough to overshadow God’s desires.

“And those are the ones on whom seed was sown on the good soil; and they hear the word and accept it and bear fruit, thirty, sixty, and a hundredfold.” Mark 4:20

This soil is soft, deep, and free of other seeds. The seed is sufficiently covered, it is allowed to take proper root, and has sufficient room to grow unhindered to full maturity. It will produce a good crop.

The Greek word for ‘hearing,’ translated ‘hear’ (NASB) is in the present tense and implies continued action. This word is not heard just once, but continues to be heard over and over, free from distractions and hindrances.

This heart understands the magnitude of God’s Word. It gives His Word first place and continues to give it first place until it brings a full harvest. This heart has persistence, steadfast focus, and determination.

The sower sows the word.