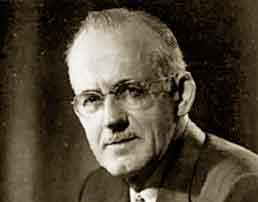 The truth is that faith and obedience are two sides of the same coin and are always found together in the Scriptures. As well try to pry apart the two sides of a half-dollar as to separate obedience from faith. The two sides, while they remain together and are taken as one, represent good sound currency and constitute legal tender everywhere in the United States. Separate them and they are valueless. Insistence upon honoring but one side of the faith-obedience coin has wrought frightful harm in religious circles. Faith has been made everything and obedience nothing. The result among religious persons is moral weakness, spiritual blindness and a slow but constant drift away from New Testament Christianity.

Through him and for his name’s sake, we received grace and apostleship to call people from among all the Gentiles to the obedience that comes from faith. Romans 1:5

Our Lord made it very plain that spiritual truth cannot be understood until the heart has made a full committal to it. “If anyone chooses to do God’s will, he will find out whether my teaching comes from God or whether I speak on my own” (John 7:17). The willing and the doing (or at least the willingness to do) come before the knowing. Truth is a strict master and demands obedience before it will unveil its riches to the seeking soul.

To sum it up, saving faith is impossible without willing obedience. To try to have one without the other is to be not a Christian, but a student of Christianity merely. Genuine faith generates obedience to the one in whom our faith rests.