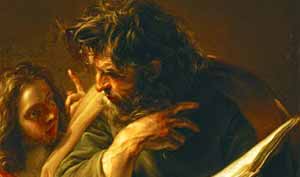 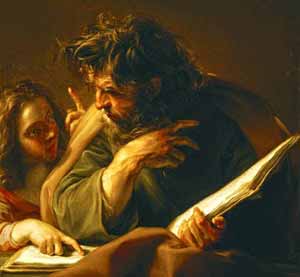 Rex Rouis
All things are possible to them who believe And Jesus said to him,

“If you can believe, all things are possible to him who believes.” MARK 9:23

The only ‘if’ in the statement above is whether you have faith or not. No other variable is mentioned. The extent of things possible to this belief is ‘all things,’ nothing less. To whom is this possible? To anyone who believes.

You receive from God according to your faith

Then He touched their eyes, saying, “It shall be done to you according to your faith.” Matthew 9:29

You only receive from God according to your faith

But Jesus, overhearing what was being spoken, said to the synagogue official, “Do not be afraid any longer, only believe.” Mark 5:36

Then came the disciples to Jesus apart, and said, Why could not we cast him out?  And Jesus said unto them, Because of your unbelief: for verily I say unto you, If ye have faith as a grain of mustard seed, ye shall say unto this mountain, Remove hence to yonder place; and it shall remove; and nothing shall be impossible unto you. Matthew 17:19,20

Faith is released by the words of your mouth

But what does it say? “THE WORD IS NEAR YOU, IN YOUR MOUTH AND IN YOUR HEART”–that is, the word of faith which we are preaching, (9) that if you confess with your mouth Jesus as Lord, and believe in your heart that God raised Him from the dead, you will be saved; (10) for with the heart a person believes, resulting in righteousness, and with the mouth he confesses, resulting in salvation. (11) For the Scripture says, “WHOEVER BELIEVES IN HIM WILL NOT BE DISAPPOINTED.” Romans 10:8-11

And Jesus answered saying to them, “Have faith in God. (23) “Truly I say to you, whoever says to this mountain, ‘Be taken up and cast into the sea,’ and does not doubt in his heart, but believes that what he says is going to happen, it will be granted him. (24) “Therefore I say to you, all things for which you pray and ask, believe that you have received them, and they will be granted you. Mark 11:22-24

The apostles said to the Lord, “Increase our faith!”

If any of the above is true, then the cry of the Christian should be, “Lord, increase our faith!”  But then, He does not increase our faith, we do. If faith is truly that important, and it is, then it makes sense for us to do all that we can to grow sufficient faith in all areas of our life.  The words translated faith and believe are the same word in the Greek. Faith is the noun form and believe is the verb form of the same Greek word.