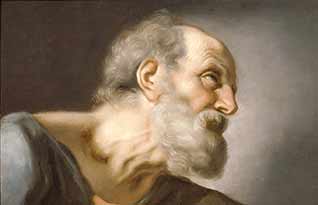 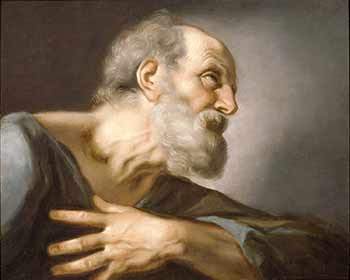 When you call to me, I will answer you. I will be with you when you are in trouble. I will save you and honor you. Psalm 91:15

God will speak to you if you seek His word and Him with all your heart. You must believe this. If you do, you will seek Him till you hear Him. If you don’t, you won’t. You may attempt to hear from Him but will not stay long enough. Waiting on God always takes longer than you think it should. God knows your heart and your limits. Do what it takes. Decide to go beyond the limit. Go with all your heart. Your blessing may depend on it. God will speak to you if you do not give up.

Over and over, the Bible tells us that God’s voice was heard by His servants. The exact way in which His voice was heard is not described, but just that God spoke and they heard. The following are a few examples:

God speaks to us in many ways. His is not limited to one form of communication. He is all-powerful; He is omnipresent; He is sovereign. The Bible is filled with accounts of God speaking to people, to families, and to nations.

Call to me and I will answer you, and will tell you great and hidden things that you have not known. Jeremiah 33:3

God has promised that He would answer you. He did not say when He would answer or exactly what you had to do for that answer. That is up to you. What are you willing to do to get an answer from God? Especially in a world that puts no value on God’s voice. Throughout history, people have waited on God and when they heard His voice it changed their lives. In some instances, it even changed the course of civilization. Hear what God says about seeking Him and what He will do:

And all these blessings shall come upon you and overtake you, if you obey the voice of the LORD your God. Deuteronomy 28:2

You will hear a voice behind you saying, “This is the way. Follow it, whether it turns to the right or to the left.” Isaiah 30:21

As the sound of the horn grew louder and louder, Moses was speaking, and the voice of God answered him. Exodus 19:19

When the Spirit of truth comes, He will guide you into all the truth. For He will not speak on His own, but He will speak whatever He hears. He will also declare to you what is to come. John 16:13

How important is your need? Is it important enough to find out what the Bible says about it? Is it important enough to take those promises to Him and talk to Him about it? If it is, and if you will do it, it will only be a matter of time before you will get your answer. And your answer will be the sovereign sanction of God Himself upon your issue. His voice is the ownership document of your answered need. Hebrews 11:1 actually says that it is the ‘title-deed’ of the thing you are hoping for. How hungry are you?

Now faith is the title deed of things hoped for, the proof of things which are not being seen. Hebrews 11:1 (Wuest)

God speaks to us through the Holy Spirit which has He has given to every Christian. He came to us when we received Jesus Christ as our Lord and Savior and were born again. But this ‘indwelling’ is not the ‘infilling’ that is referred to in Acts 1:8, which is the Promise of the Father (Luke 24:49). For that, you must ask directly for the Holy Spirit to come inside you as well. This allows the Holy Spirit to come into you on His own behalf. This gives the Holy Spirit greater latitude in speaking to you and in working through you. The result of God’s Spirit speaking to you is a personal “Rhema,” word. It is a personal word, a living word, a word of truth to our spirits that produces faith. This is exactly what Romans 10:17 is referring to.

So faith comes from hearing, and hearing by the word (Rhema) of Christ. Romans 10:17

Seeking Good may include any combination of speaking the scriptures, talking to Him, worshiping Him, waiting silently before Him, and fasting. The need for quiet solitude cannot be over emphasized. Through any of these efforts, our minds can become clearer and our hearts more sensitive. We may not hear God’s literal voice, but His Spirit will confirm a certain direction or answer for us. As the distractions fade, we can sense His leading in a new way. While praying, God’s Spirit can remind us of a scripture or a truth in His Word that we can apply to our situation. God will always speak to us consistent with what the written word says.

Unless you are a baby Christian this will probably not happen immediately. But the answer will come. A day, a week, maybe even months may pass. Then, one day in the shower or driving, a thought will come, that gentle “still small voice” that could only come from Him. You now have your answer. It makes it all worth it. Do not give up. Always be expectant to hear from Him.

Again, remember this one truth. He will never contradict His written Word, and the message He gives will always bring glory to Him. The Spirit and the Word agree. One confirms the other, and they are both necessary. Seek Him and expect Him to talk to you. He is your God and you are His servant. Treat Him with the respect He deserves and He will treat you with a blessing. A blessing that He purchased for you at great cost to His Son.

God’s voice is the ownership document of your answered need.