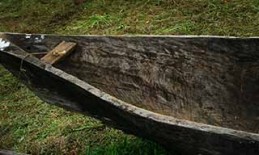 We as Christian believers serve a living loving personal God, Who is an actual individual. He is a Person, not an impersonal force. As such, we can relate to Him on a deep and personal level, without any of the coldness of science or the indifference of a bureaucracy.

Of course, God does have principles, but they are subject to His mercy (see this – Mercy- Bending the Rules of God). The following is a true story of just one of those occasions, where God seemed to bend the rules. He responded to their hearts and not to their actions.

It occurred in Guyana South America and it involved a wonderful man of God – Pastor Lloyd Bisnauth. I have known him for years and have traveled with him to Guyana. His heart is with the simple Amerindian people of northwestern Guyana. The region is part of the great Amazon jungle, and the people live in small remote villages far from major urban areas, and far from good medical help. They travel mostly by dugout wooden boats or by foot in the jungle. And in the jungle, there are all kinds of dangerous creatures.

Earlier this year, Pastor Bisnauth was teaching from the Book of Acts, the story of Paul when he was bitten by a venomous snake after being shipwrecked on the island of Malta – a great story for this area of the world. Let us read the account from scripture:

When Paul had gathered a bundle of sticks and put them on the fire, a viper came out because of the heat and fastened on his hand. When the native people saw the snake hanging from his hand, they said to one another, “No doubt this man is a murderer. Though he has escaped from the sea, Justice has not allowed him to live.” He, however, shook off the creature into the fire and suffered no harm. They were waiting for him to swell up or suddenly fall down dead. But when they had waited a long time and saw no misfortune come to him, they changed their minds and said that he was a god. Acts 28:3-6 About a week after the teaching, and after Pastor Bisnauth had left the area; a boy was bitten by a venomous snake. The bite from this type of snake is lethal, and there was no way of getting him out of the jungle in time. He was very ill and they knew he would soon die. Then, one of them remembered the teaching from the week before; if it worked for the man in the story, it should work for the child. But they had a hard time remembering how the story went.

One of them said, “The first thing they did in the story was to gather sticks and start a fire.” That sounded good, so they went out, found sticks, and started a fire. Then another said, “I remember that they then took the arm that was bitten and shook it over the fire, and then he got better.” Again, they agreed, so they went and got the boy, carried him out, and held his arm over the fire and shook it. They could remember nothing else so they stopped and simply waited for him to get better. To our surprise, but not theirs, the boy quickly got better and lived. He is alive and well today. It was a miracle.

How were they able to receive a miracle? They got the facts all wrong! Yes, they did, but they believed in God and the facts were not so important. Things like this happen more than you know, especially in the simpler cultures that are not limited by western intellect or bound up by religious legalism.

Truly, I say to you, whoever does not receive the kingdom of God like a child shall not enter it. Luke 18:17

When Pastor Bisnauth returned to the village weeks later, they told him the story and thanked him. They were thankful that his God was able and willing to heal one of their children. He stood amazed at the grace and mercy of God.

But why should we be amazed? Is it God’s intention to make it difficult for us to believe, or does He look for every opportunity to bless, in any way that He can? I believe He does look for every opportunity to bless, as long as it does not contradict His character or purpose. Some rules apparently are bendable and some are not. Who knows which? Sometimes, only God knows. He went to great lengths to justify man without transgressing His own justice. Someone had to pay for man’s sins, so He did. In this way, He could still be the just judge of the universe, yet legally let us all go free – if man will believe Him for it. As it is written:

…so that he might be just and the justifier of the one who has faith in Jesus. Romans 3:26b 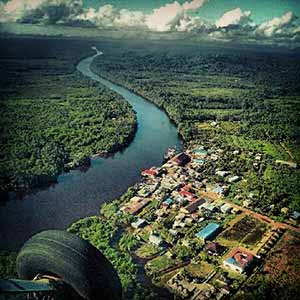 Theirs was a simple childlike faith, a kind that we would do well to pay more attention to. We think that if we make one little mistake, God will not regard our faith. We think that God is more reluctant than He is willing. He is more than willing to bless. Many of the individuals that Jesus healed in the Gospels made mistakes, and in some instances, were downright rude (read this). He paid no attention to it. He was glad to heal them. He wanted to heal them.

He who did not spare his own Son, but gave him up for us all–how will he not also, along with him, graciously give us all things? Romans 8:32

God is a good God and He is on our side, or rather, we are now on His side. God the Father is the Righteous Judge, Jesus His Son is our Advocate (counselor, attorney), and the Holy Spirit is another Helper and Advocate. What more do we need?!

Go out and believe God. Who cares if you make mistakes? You will. We all do. God is not surprised or worried. He can pick up the pieces and help you every step of the way. Obey His word and His voice. Believe God as best you can. The Holy Spirit will guide you, and both He and the Son will walk with you. And if need be, He will bend some of the rules for you along the way.

We think that God is more reluctant than He is willing. He is more than willing to bless.