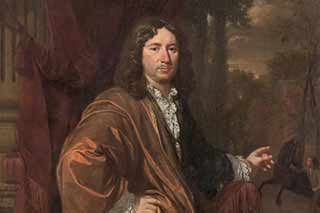 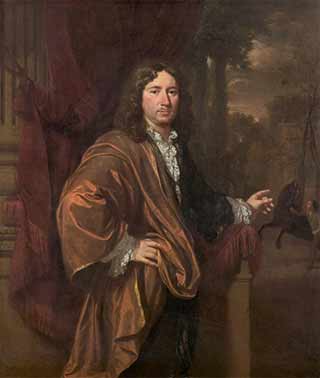 I saw this portrait the other day, and it made me think, “This man actually lived and died; I wonder what happened to him.”

Just as man is appointed to die once, and after that to face judgment, so also Christ was offered once to bear the sins of many; and He will appear a second time, not to bear sin, but to bring salvation to those who eagerly await Him. Hebrews 9:27, 28

This portrait was painted by Jan Verkolje in 1685. Both of these men have now been dead for well over 300 years. They are now spending the very beginning of their eternity in either Heaven or Hell. Heaven is wonderful, and Hell is terrible. There is nothing in between. And both are eternal.

Someday you will also be 300 years into your eternity. Where will you spend it? Remember, eternity is forever, meaning that there is nothing after it. Your condition will never change. Please stop and think about that. This WILL be you someday. Where will you go?

If you don’t know for sure, please pray the following prayer, loud enough that you can hear it:

“Heavenly Father, I acknowledge that you are God of the universe, and Jesus is your Son. I am tired of being my own god and messing up my life. Please forgive me. Help me, I have been disobedient, and I am now sorry for my sins.

I believe that Jesus Christ died for me and paid for my evil deeds. Come now into my heart, live inside of me, and be my personal Lord and Savior. I turn away from evil, and I choose you, your will, and your Life.

I believe with my heart, and I say with my mouth that you, Jesus Christ, are now my Lord and my Savior. I believe you died on the cross for me, and when you were raised again, I was raised with you. I totally commit myself to obeying you every day, for the rest of my life. Fill me with your Holy Spirit and your power. In Jesus name, it is done! Thank you, Jesus.”

That was the best thing you ever did!