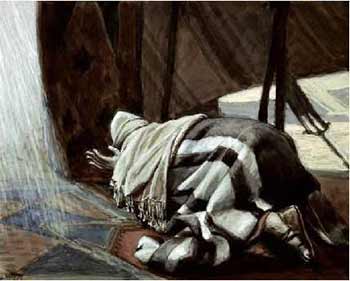 Just because you’re in a hopeless situation does not mean there is no hope.

Against all hope, Abraham in hope believed and so became the father of many nations, just as it had been said to him, “So shall your offspring be.” Romans 4:18 NIV

When there was nothing left to hope for, Abraham still hoped and believed. As a result, he became a father of many nations, as he had been told: “That is how many descendants you will have.” Romans 4:18 God’s Word

Under utterly hopeless circumstances he hopefully believed, so that he might become the forefather of many nations, in agreement with the words “Equally numerous shall your posterity be.” Romans 4:18 Weymouth

Who, being beyond hope, upon the basis of hope believed, in order that he might become father of many nations, according to that which has been spoken with finality, In this manner will your offspring be. Romans 4:18 Wuest

Even when Abraham and Sarah were younger Sarah was barren and could have no children. Now they were well beyond natural childbearing years. There was now no possible way in the natural that they could conceive. There was no reason for them to expect it. Hope is a desire that has a plausible reason or basis for it to happen. Hope concerns something that can actually be expected. Childbearing at their age was not something they could plausibly hope to expect. Abraham could not rely upon natural hope. In the natural, there was no hope.

However, God gave Abraham a promise, and that promise was that he would have descendants with Sarah. On the basis of that promise he could now have a ‘God hope.’ It is upon that hope that Abraham relied and believed. The Bible says that he was, “…Fully assured that what God had promised, He was able also to perform.” (Romans 4:21) He believed the promise of God given to him, and because of that belief, and in exchange for that belief, the Bible says that, “…It was credited to him as righteousness.” In other words, Abraham could still receive the answer. Abraham was beyond natural hope but he was within God’s promised hope.

We are to look beyond natural circumstances. We are not to deny natural circumstances but we are to look beyond them. Romans 4: 17b says that, “…He (Abraham) believed God, who gives life to the dead and calls those things that be not as though they were.” It does not say that God ‘calls those things that be as though they are not.’ Hope and faith are not based on a denial of natural conditions, they are based on God’s spoken word despite natural conditions. It is a belief that He will change the natural circumstances to fulfill that promise. That promise must be known, received, and believed. And it must be acted upon. This is the walk of faith.

Faith is a heart knowing that God is able and willing to change natural circumstances to fulfill a promise previously given to you.