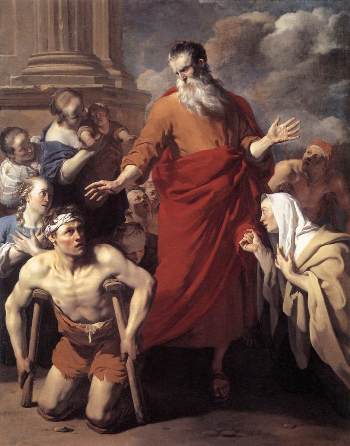 Doesn’t the Bible show over and over that it was Jesus who healed people in the Gospels? Well, Jesus ministered to people alright, and they were healed, but according to the scriptures Jesus wasn’t actually the one doing the healing. Then who did? Let’s look at what the Gospel of John has to say:

“Do you not believe that I am in the Father, and the Father is in Me? The words that I say to you I do not speak on My own initiative, but the Father abiding in Me does His works.”John 14:10

And Jesus said over and over:

Luke 8:48 “And he said unto her, Daughter, be of good comfort: your faith has made you well; go in peace.”

It was God the Father responding to the faith of the individual. Jesus never said anything along the lines of, “I heal you, be made whole.” He usually just stated the fact that they were now healed and made whole. And almost every time He attributed it to their faith. Jesus was the instigator and facilitator of the miracles but it was the individual’s faith and the confirming work of the Father that actually accomplished the healing. Jesus only did whatever He saw and heard from the Father.

Make no mistake, Jesus was and is fully God, and we worship Him. And He is the Author and Goal of our faith, but while on earth He was also fully Man. The Incarnation is one of the great mysteries of the Bible.  Now that we have the Holy Spirit indwelling within us, we are to do likewise.

In John chapter 14, Jesus goes on to say that we will do the same type of miracles because He goes on to the Father. Now we, by the power of the Holy Spirit, are to continue the role of instigators and facilitators, to bring people to a place of faith so that they too can believe and receive a miracle from God. Paul, like Jesus, filled with the Holy Spirit, sought out people who had faith and cooperated in their healing:

And there sat a certain man at Lystra, weak in his feet, being a cripple from his mother’s womb, who never had walked: The same heard Paul speak: who steadfastly beholding him, and perceiving that he had faith to be healed, Said with a loud voice, Stand upright on your feet. And he leaped and walked. Acts 14:8-10

We are healed today in the exact same way as the people in the Bible – by faith in God. We are now to believe and pray to the Father in Jesus Name.