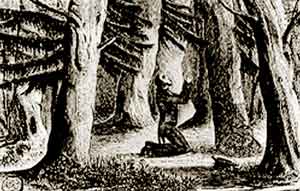 I want to share with you one particular experience from my life of a time when I was led by the Holy Spirit to pray. Back in 1979, we began holding Prayer and Healing School on the RHEMA campus. The musicians would sing a little bit, and we’d take up an offering. Then, they would turn the service over to me. Often, I would stay in a room by mys

elf and pray before coming out to take over the service.

One day as the offering was being received, I came walking into the little auditorium where we held Healing School, and sat down on the platform. Suddenly (and that’s the way the Holy Ghost moves-suddenly), a burden came on me to pray. Quietly, I said to myself, “I have to pray, and I have

So I got up and said to the crowd, “Folks, I have to pray and pray now. I have this burden to pray, so let’s all pray now.” I knelt down to pray, and by the time my knees hit the floor, I was in the Spirit. I mean, I was praying in tongues, and I prayed earnestly that way for at least 45 minutes. Then I got a note of victory. I began to laugh. I began to sing quietly to myself. Praise God! I knew that whomever it was I was praying for, I had the victory.

At 9:30 that night, I got a telephone call from a young lady whose mother had been a great supporter of this ministry for many years. About three o’clock that afternoon, there had been an explosion in the Texaco refinery in Port Arthur, Texas, and the young lady’s father was caught in there with 17 other men. Six and a half hours had come and gone. The men were still trapped, and the firemen had not been able to put the fire out. They were in fear for the lives of all those men.

This young lady was calling to ask me to pray. I started laughing right on the phone because I suddenly realized whom I had been praying for earlier that day. I said, “There’s no need to pray at this point. I already got the victory on that. I already got it! He’s all right; your father will be all right.”

the phone rang again. We had two phones, one near each of us, so we both answered. It was the same young lady. She told us, “Momma just called. They finally got the fire put out. And when they went in there, they couldn’t believe it. All eighteen men were safe!” Hallelujah!

Can you see why it’s so important to pray when the Spirit leads you to pray? What if I hadn’t prayed? I had the whole group at Healing School pray with me. What if we hadn’t yielded to the Spirit? Those men could have died!

Learning to pray when the Holy Spirit leads us would avert many dangers. If Spirit-filled believers would follow His promptings and become prayer-conscious, many problems wouldn’t happen. Many terrible things would never happen if folks were really led by the Spirit.

Great Things Happen When We Pray in the Spirit

Being led by the Spirit does more than avert trouble in our lives. It also helps us usher in wonderful moves of God. Great and mighty things have happened in the past as God’s people have prayed. And great and mighty things are going to happen more and more. But they’re not going to come just because God decides, “Well, I’m going to bless this one and that one.”

No! They will come as a result of our praying!

east Texas. Toward the end of November of that year, I’d get up between two and four o’clock in the morning, Monday through Friday, and go into the living room to pray for an hour.

Now, I wasn’t led to do that. Sometimes you’re led. Sometimes you have a leading, a burden, to pray in certain ways and along certain lines. But I would simply pray in English to begin with. And I’d say:

“Lord, we thank You for all the gifts and manifestations of the Spirit: the three revelation gifts-the word of wisdom, the word of knowledge, and discerning of spirits; the three power gifts-faith, gifts of healings, and working of miracles; and the three vocal gifts-prophecy, divers kinds of tongues, and interpretation of tongues.

Now, in about 15 minutes, I had said everything I knew to say in English. I’d be finished praying what my mind knew to pray. So I’d say, “I trust the Holy Ghost Who is living inside me to give me utterance to pray about this and anything else that God wants me to pray about.” And I’d spend the rest of the hour praying in tongues.

He said, “At the close of World War II, there will come a revival of divine healing to America.” Well, that revival started in 1947, and during that revival, it became the easiest thing in the world to get people healed. I learned later that other people had been led by the Spirit to pray in that direction too. We had no communication with one another and didn’t know we were all praying for the same thing. But thank God, He answered our prayers.

I believe that the same kind of breakthroughs can happen today if we’ll just stay in prayer until we have the victory.

What is perseverance? I heard one fellow call it “stickability.” In other words, just stick with it. Stay with praying until you’ve prayed through. I think that many times, if something doesn’t happen fast enough, we give up too soon. But if we give up, we won’t see the results God intends for us to have.

I’m reminded of a story I once heard about the east Texas oil field. Much of the oil in the field has been pumped out through the years. But back in the late 1930s, it was thriving. A man in the oil business there had made a million dollars and then lost it. A bank was financing him so he could drill another well. The money ran out, and he still hadn’t hit oil. But he was convinced that if he could go just 50 feet deeper, he would hit oil.

One way or another, he talked the banker into extending a little bit more money. He drilled 50 feet farther down and hit a gusher. It made him a multimillionaire overnight. Well, what if he had quit? What if the banker had said, “No, we’ve given you all we can give you. That’s it! That’s the end of it.” But he didn’t. And they were able to drill just a little farther-and they hit a gusher!

I think sometimes if we’d just pray with a little more perseverance, if we’d just be more determined, we’d have greater manifestations of the gifts of the Spirit. We’ll see great and mighty things happen as we yield ourselves to pray!