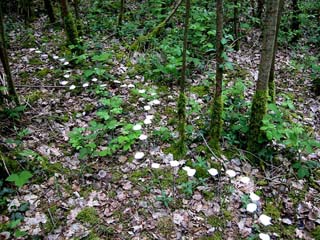 Finding God – but how can God be lost? He is not lost but merely hidden. God tells us that He has gone ‘for a while’ to a ‘far place.’ Where this place is we do not know, and He does not directly tell us. But He does leave us a trail to this Kingdom hidden in His Word. There are clues hidden throughout His word, that if studied and closely followed, will lead to Him. Breadcrumbs if you will, along a trail that leads to the very throne room of God. This trail of the word of God is called Jesus, for He is the ‘Way’ to God. If we are obedient to follow the Way of His Son, led by His Holy Spirit, we will find Him, and we will be reunited.

This trail is obvious to all those who are earnestly seeking, and is utterly hidden to those who are not. He reveals Himself only to those to whom He chooses. He reveals Himself through His word. His word is both Him and the path to Him. Every step we take along this path changes us a little closer into His image. The narrow road to God is the correct path of life, it is the only one which leads to Him.

Like the father of the prodigal son, God the Father is standing a far off waiting for us. He will run to us, put a ring on our finger, and order that the fatted calf be slain. There will be great joy in the Kingdom, because in finding Him we would also be found. The Bible says that at that time ‘we will know Him, even as we are known.’

The Bible also says that very soon He will return from this far journey to receive His Kingdom here on earth. At that time, He will no longer be hidden but the whole world will see Him in His full Glory. Let us find Him before He returns, and finds us idle and disobedient. Also read, The Vast Universe – Two Perspectives