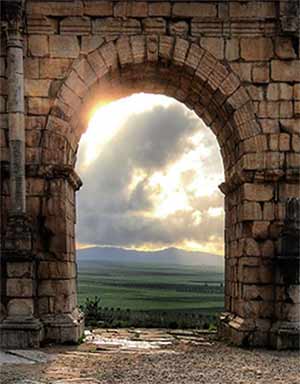 Concerning the word “righteousness,” Cremer, in his Biblico- Theological Lexicon of New Testament Greek says, “The fundamental idea is that righteous in the biblical sense is not determined by man nor by any external consideration but by God, and that by divine fiat.”

Thus, the righteousness, which the gospel offers the sinner, is God’s own righteousness in which he will stand in right relation to Him forever. His guilt is taken away because it was borne by Another on the Cross, and a positive righteousness, Jesus Christ, is given him in grace.

The righteousness of God that will damn a sinner for all eternity who rejects it, saves and keeps saved for all eternity, the sinner who accepts it. For a long time, Martin Luther saw only the condemning righteousness of God, and he hated it. When he came to see that a righteousness that condemns when rejected, saves when it is accepted, the light of the gospel broke into his darkened soul. This righteousness, Paul says, is revealed in the good news of salvation. “Revealed” is apokalupto, “to uncover what has been hidden.”

“It is revealed from faith to faith.” “From faith” is ek pisteos. The source of the gift of righteousness to man, that which is the medium or means whereby righteousness is given, is faith. Alford says, “Pistis is faith in the sense of trust, and it is that trust placed in God’s grace in Christ, which tranquillizes the soul and frees it from all guilt, and especially trust in the atoning death of Jesus. Bound up with this… is humility, consisting in the abandonment of all of a man’s own merits, and a recognition of his own unworthiness and need of redemption.”

“To faith” is eis pistin. The expression refers to the attitude of faith on the part of a sinner. The gospel reveals a righteousness of God, which is bestowed on the principle of faith, and reveals this, not to the sinner who would desire to merit that righteousness by good works but receive it by faith.

Righteousness by faith is no new idea, but found in the prophets.

In quoting Habakkuk 2:4, “The just shall live by faith,” Paul “shows that righteousness by faith is no new idea, but found in the prophets. The words are cited again in Galatians 3:11, Hebrews 10:38, in the former place with the same purpose as here. They are used in Habakkuk with reference to credence given to the prophetic word: but properly speaking, all faith is one, in whatever word or act of God reposed: so that the apostle is free from any charge of forcing the words to the present purpose” (Alford). The Greek text has it, “Moreover the just out of faith shall live.” That is, the source of his new life in Christ Jesus is faith, the appropriating medium with which he receives righteousness and life. This was the spark that lit the Reformation.

Righteousness rejected is judgment. Righteousness accepted is salvation. Herein is the justice of God revealed from faith to faith.