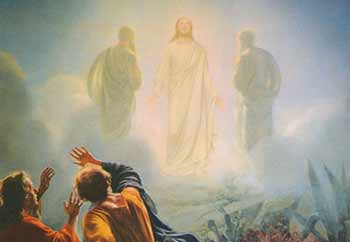 by Marvin R. Vincent (Word Studies In The New Testament) 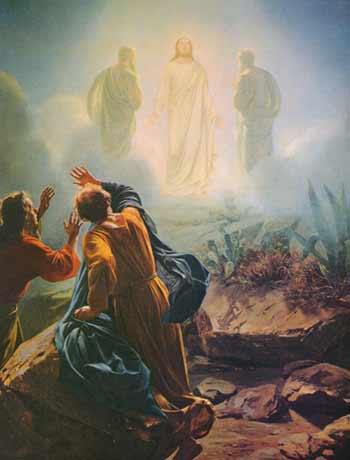 In order to convey the full force of the terms ‘gives’ and by ‘measure,’ it will be necessary to attempt an explanation of the general scope and meaning of this very difficult and much disputed passage. The starting point of the exposition must be John 3:30:

He must increase, but I must decrease.” 31 The One who comes from above is above all. The one who is from the earth is earthly and speaks in earthly terms. The One who comes from heaven is above all. 32 He testifies to what He has seen and heard, yet no one accepts His testimony. 33 The one who has accepted His testimony has affirmed that God is true. 34 For God sent Him, and He speaks God’s words, since He gives the Spirit without measure. 35 The Father loves the Son and has given all things into His hands. 36 The one who believes in the Son has eternal life, but the one who refuses to believe in the Son will not see life; instead, the wrath of God remains on him. John 3:30-36

The Baptist’s noble resignation of his own position, and claims to Jesus starts the thought – “He must increase, but I must decrease.” At this point the Evangelist (John, the writer of the Gospel of John), as we have seen, takes up the discourse. The Baptist’s declaration that Jesus “must increase”– that He is a messenger of a transcendently higher character, and with a far larger and more significant message than his own — furnishes the Evangelist with a text. He will show why Jesus “must increase.” He must increase because He comes from above, and is therefore supreme over all (John 3:31). This statement he repeats; defining from above hanōthen by out of heaven hek tou ouranou, and emphasizing it by contrast with mere earthly witness ho ek tēs gēs whose words bear the stamp of his earthly origin hek tēs gēs lalei. Being from heaven, He testifies of heavenly things, as an eye- and ear- witness. “What He hath seen and heard, of that he beareth witness.” It is indeed true that men reject this testimony. “No man receiveth His witness” (John 3:32). None the less it is worthy of implicit credence as the testimony of God himself. He that has received that testimony has solemnly attested it as God’s own witness; “hath set his seal to this, that God is true.” To declare Jesus ‘testimony untrue is to declare God untrue (John 3:33). For He whom God hath sent utters the whole divine message (the words of God, John 3:34).

Thus far the reasoning is directed to the conclusion that Jesus ought to increase, and that His message ought to be received. He is God’s own messenger out of heaven, and speaks God’s own words.

The common explanation of the succeeding clause is that God bestows the Spirit upon Jesus in His fullness, “not by measure.”

But this is to repeat what has already been more than implied. It would seem to be superfluous to say of one who comes out of heaven, who is supreme over all things, who bears witness of heavenly things which He has seen and heard, and who reveals the whole message of God to men– that God bestows upon Him the Spirit without measure.

Take up, then, the chain of thought from the first clause of John 3:34, and follow it along another line. The Messenger of God speaks the words of God, and thus shows himself worthy of credence, and shows this further, by dispensing the gift of the Spirit in full measure to His disciples. “He gives not the Spirit by measure.” This interpretation adds a new link to the chain of thought; a new reason why Jesus should increase, and His testimony be received; the reason, namely, that not only is He himself divinely endowed with the Spirit, but that He proves it by dispensing the Spirit in full measure.

Thus John 3:35 follows in natural sequence. This dispensing power which attests His claims, is His through the gift of the divine Father’s love. “The Father loves the Son, and hath given all things into his hand.” This latter phrase, into His hand, signifies not only possession, but the power of disposal. See Mark 9:31; 14:41; Luke 23:46; Hebrews 10:31. God has given the Son all things to administer according to His own pleasure and rule. These two ideas of Christ’s reception and bestowment of divine gifts are combined in Matthew 11:27. “All things are delivered unto me of my Father; and no man knows the Son but the Father, neither knows any man the Father save the Son, and He to whomsoever the Son may determine boulētai to reveal Him.”

Therefore, John the Baptist must decrease, and Jesus must increase. A measure of the Spirit was given to the Baptist, sufficient for his preparatory work, but the Baptist himself saw the Spirit descending in a bodily form upon the Son of God, and heard the voice from heaven, “This is my beloved Son, in whom I am well pleased.” The Spirit is thus Christ’s own. He dispenses, gives it didōsin, in its fullness. Hence, Jesus said, later, of the Spirit of truth, “He shall glorify Me, for He shall receive of mine, and shall show it unto you. All things that the Father hath are mine; therefore said I that He shall take of mine and shall show it unto you” (John 16:14, 15).