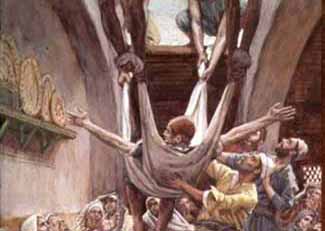 But Jesus said, Forbid him not: for there is no man which shall do a miracle in my name, that can lightly speak evil of me. Mark 9:39

Most of this volume has been a testimony of some of the miracles from God which I have experienced in my life. A strong conviction of the leading of the Holy Spirit has prompted me to share these supernatural blessings.

Our generation has a desperate need to witness genuine divine miracles. The devil is deceiving many today with counterfeit miracles through spiritism, occultism, etc. It is time for the world to know the present reality of a supernatural God. He is the same today as He has always been. The God of miracles is NOW!

However, one cannot necessarily pattern miracles in his own life after those he has seen in the life of someone else. God deals with each of us individually. We do not know the omnipotent mind as to why and how He chooses to perform certain miracles in the lives of individuals. A doctrine of miracles cannot be based upon testimony. It must be based upon the Word of God.

Let us look at some of the biblical principles whereby God’s people have found their personal miracles.

Jesus’ disciples understood the value and power of a testimony for preparing the hearts of the people to experience the miracle-working power of God. When Peter and John witnessed the supernatural they said, “We cannot but speak the things which we have seen and heard” (Acts 4:20).

One of the most effective ways of bolstering our faith for the miraculous is by hearing the testimony of what God has done for others. It is right to expect that the God who is no respecter of persons will certainly do the same for you that He has done for someone else.

Reading and Preaching the Bible

The Bible is divine revelation to man. As we read God’s Word we are inspired and challenged by the record of many centuries of divine miracles. All that God has done, He will do again. The divinely inspired Word of God can create an attitude for miracles in every heart, making it fertile soil in which God can perform the supernatural. “So then faith comes by hearing, and hearing by the word of God” (Rom. 10:17).

When the Word of God is declared without compromise God confirms that word with signs and wonders. (Mark 16:20).

It has been said that God does nothing except in answer to prayer. As one reads the Word of God he sees that miracles come through men who pray. I am convinced that God actually desires to do far more miracles for us then we ever realize simply because we do not pray. When the early church stood in need of a miracle, Acts 4:24 says, “They lifted up their voice to God with one accord.” Acts 4:31 gives the result: “And when they had prayed, the place was shaken where they were assembled together; and they were all filled with the Holy Ghost, and they spake the word of God with boldness.”

When Jesus was baptized in the River Jordan and the Holy Spirit descended upon Him, He was led immediately by the Spirit into the wilderness where for forty days and nights He fasted in preparation for the miracle ministry which was to follow. The same Spirit which led Jesus to fast will also lead the followers of Jesus to fast on occasion.

When Jesus’ disciples were unsuccessful in exorcising the evil spirits which possessed a young man, Jesus told them, “This kind goes not out but by prayer and fasting” (Matt. 17:21). The fasting prayer is the only way in which some miracles can be obtained, especially over evil spirits.

Preceding Jesus’ first public miracle of turning the water to wine, His mother told the servants, “Whatsoever he saith unto you, do it” (John 2:5). It was through their unquestioning obedience that the miracle was accomplished.

Many have not experienced the fullness of the Spirit in their lives because of disobedience. In Acts 5:32 the Apostle Peter spoke of “the Holy Ghost, whom God hath given to them that obey him.”

When Abraham was an old man and his wife, Sara, was well beyond the age of childbearing, they had a miracle son. The baby did not come naturally and it was not by accident. It happened for one reason—they believed God. Hebrews 11:11 says, “Through faith also Sara herself received strength to conceive seed, and was delivered of a child when she was past age, because she judged him faithful who had promised.”

Jesus said, “If thou canst believe, all things are possible to him that believes” (Mark 9:23).

Make a Date for a Miracle

The woman with an issue of blood who sought Jesus said in herself, “If I may but touch his garment, I shall be whole” (Matt. 9:21).

Her determination was, “I will search for Him. I will find Him. I will touch Him. And upon touching Him I will be made whole.” She made a date for a miracle, and she was not disappointed.

If you will make a date for a miracle with the same expectant determination, neither will you be disappointed. In Jesus Christ miracles are NOW!