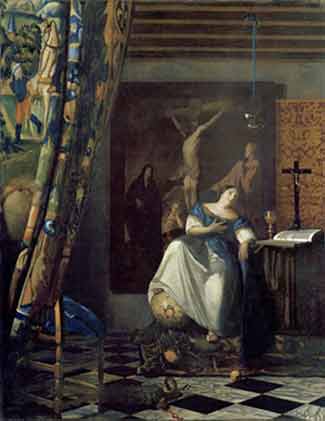 Christians argue with unbelievers, trying to reason them into believing. It simply does not work that way. Spiritual beliefs cannot be passed on by reasoning alone, why, because believing does not come through reasoning. For something to be believed in the heart, it must first be revealed to the heart, in this case, a revelation from God to the heart of man.

So then faith cometh by hearing, and hearing by the (spoken) word of God. Romans 10:17

The merely intellectual man rejects the teaching of the Spirit of God; for to him it is mere folly; he cannot grasp it, because it is to be understood only by spiritual insight. But the man with spiritual insight is able to understand everything, although he himself is understood by no one. For ‘who has so comprehended the mind of the Lord as to be able to instruct him?’ We, however, have the very mind of Christ. I Corinthians 2:14-16 Twentieth Century New Testament

A belief is either correct or it is not. When Abraham ‘believed’ that he heard God say, “Go sacrifice your son Isaac,” he was either psychotic or he was correctly hearing the voice of God. There is nothing in between. In like manner, Jesus was either exactly who He said He was, namely God in the flesh, or he was either a sociopathic liar or a deranged lunatic. He was one or the other. One cannot look upon Jesus as merely a good man.

Belief is of the heart and we are not able to peer into another’s heart. God purposefully made it this way. We will not know until the end all that goes on in the hearts of others. We have only our own internal kingdom with which to deal and rule. We will all stand before God someday on how well we ruled this private kingdom.

Believing is a huge responsibility, and we all must do it. There is no way around it; we do it every day. Either we get it right or we do not, and it is critically important that we get it right, for our eternity depends on it.

“We should take care not to make the intellect our god: it has, of course, powerful muscles, but no personality.” Albert Einstein