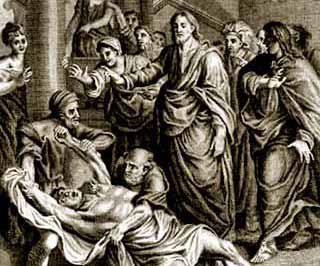 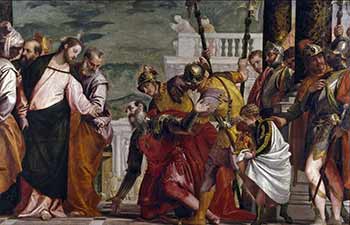 Word of Faith circles are often criticized for the concept of speaking as a way of releasing faith and by it the power of God.  We are accused of depersonalizing God, usurping His authority, or for using the spoken word like some tractor beam, pulling in things to satisfy our own will. Most of the criticisms come down to this; “How dare you think that you can walk in the power and authority of God?” And, “How dare you say that you can speak the word of God with power, only God Himself and can speak His power into this world?”

But listen to the scriptures themselves, and you judge for yourself how important speaking is as a way of releasing faith and the power of God.  But first let me say this, we are not trying to be God, but we are endeavoring to walk in the authority He has delegated to us. We believe that we have been ‘made in His image’ and that we have been given authority in this world as His representative.

So God created humans in His image….and said, “Be fertile, increase in number, fill the earth, and be its master.  Rule the fish in the sea, the birds in the sky, and all the animals that crawl on the earth.” Genesis 1:27,28 God’s Word Version

We were given the responsibility to subdue, master, and rule this world.  We were created to be God’s chosen representatives in this world…but…and we all know the story; how Adam and Eve, through disobedience and sin, turned control of this world over to Satan.  Satin, not Adam is now the god of this world, and the blinder of lost men’s minds.  But through Christ and the new birth we can be re-created back into God’s image and regain our position before Him, for Paul states:

Therefore if anyone is in Christ, he is a new creature; the old things passed away; behold, new things have come. Now all these things are from God, who reconciled us to Himself through Christ and gave us the ministry of reconciliation, 2 Corinthians 5:17

Now, back to the speaking part.  First, here is God speaking light into existence:

Then God said, “Let there be light”; and there was light. Genesis 1:3

Here is Jesus speaking to the fig tree:

Seeing at a distance a fig tree in leaf, He went to see if perhaps He would find anything on it; and when He came to it, He found nothing but leaves, for it was not the season for figs. He said to it, “May no one ever eat fruit from you again!” And His disciples were listening.  Mark 11:13,14

Next we see Jesus discussing the withered fig tree with his disciples. He is telling them in essence, “You can have the same faith that I exhibited. Forget about this small fig tree, you could speak to this mountain we are on and if you believed your words it too would obey you.”

Now in the morning, as they passed by, they saw the fig tree dried up from the roots.  And Peter, remembering, said to Him, “Rabbi, look! The fig tree which You cursed has withered away.”  So Jesus answered and said to them, “Have faith in God. For assuredly, I say to you, whoever says to this mountain, ‘Be removed and be cast into the sea,’ and does not doubt in his heart, but believes that those things he says will be done, he will have whatever he says.  Therefore I say to you, whatever things you ask when you pray, believe that you receive them, and you will have them.  Mark 11:20-24

There were only two instances where Jesus stated that an individual had ‘great faith.’ The following is the statement by the Centurion that prompted one of those remarks:

But the centurion said, “Lord, I am not worthy for You to come under my roof, but just say the word, and my servant will be healed. “For I also am a man under authority, with soldiers under me; and I say to this one, ‘Go!’ and he goes, and to another, ‘Come!’ and he comes, and to my slave, ‘Do this!’ and he does it.” Now when Jesus heard this, He marveled and said to those who were following, “Truly I say to you, I have not found such great faith with anyone in Israel.  Matthew 8:8-10

Now let’s look at a couple of references on how faith’s release is related to speaking.

But having the same spirit of faith, according to what is written, “I BELIEVED, THEREFORE I SPOKE,” we also believe, therefore we also speak, II Corinthians 4:13

But the righteousness based on faith speaks as follows: “DO NOT SAY IN YOUR HEART, ‘WHO WILL ASCEND INTO HEAVEN?’ (that is, to bring Christ down), or ‘WHO WILL DESCEND INTO THE ABYSS?’ (that is, to bring Christ up from the dead).”  But what does it say? “THE WORD IS NEAR YOU, IN YOUR MOUTH AND IN YOUR HEART”— that is, the word of faith which we are preaching, that if you confess with your mouth Jesus as Lord, and believe in your heart that God raised Him from the dead, you will be saved; for with the heart a person believes, resulting in righteousness, and with the mouth he confesses, resulting in salvation. Romans 10:6-10

Through Christ and the new birth we are be re-created back into His image, and through the spoken release of faith, we are reinstated as His faithful ruling agents in this world.  John states it this way:

Enough said, now you be the judge. Read the scriptures for yourself. Time and time again, Jesus tried to get His disciples to rise to the level of what He wanted them to be. Elevating man to his rightful place does not in any way diminish God.

We believe in the sovereignty of God, but God has sovereignly decided that man must do certain actions in obedience to God’s sovereignly stated will, and then and only then, will God sovereignly act on man’s behalf.  Having faith and speaking out that faith are but a few of those divinely commanded actions.